Roee Raz, 08/07/2021
There is a better way for developers to monetize their work. Instead of focusing solely on the pay-per-prototype (PPP) model, devs should explore a new, scalable way to generate revenue - from day 1.

Hyper-casual developers all over the world are struggling to hit the strict KPI’s of most publishing houses.

The pay-per-prototype (PPP) model has been firmly embraced by the entire mobile gaming industry for a few years now.

It’s easy to see why: roughly 1% of developed games get published in the end. The chances of your game seeing the light of day are similar to those of winning the lottery, only slightly better.

It’s a tough environment to build a profitable business in. If you succeed in getting a game published, the dream of having a smash hit on your hands is closer to reality - but it’s a big IF.

In essence, PlayStore and AppStore are graveyards for a lot of games, where usage is not guaranteed even after a download.

So, getting a flat-rate price per prototype, plus a little extra (if the game shows potential) and/or revenue share is a reasonable offer many developers are quick to cash in. If you are an indie or solo dev with a limited budget, selling your prototype or creating prototypes on-demand for anywhere between $3,000 to $5,000 can be a solid injection to your cash flow.

The problem with PPP is that it’s a gilded cage.

It’s tempting because you get a guaranteed payment regardless of the game's success. Plus, there is a sense of comfort that you’re maintaining your cash flow (and it’s fairly easy to do so) but at the same time, you’re reducing your long-term revenue potential. You’re basically staying put in the same place - creating prototypes on demand is a very difficult path toward growth.

I’m saying this as someone who has walked that path before through my mobile gaming company.

At the very beginning of OVIVO Games, we were in the exact same position many developers are now today. We were hellbent on developing hyper-casual games and took great joy in doing it, but we also felt these growing pains. Things started playing in our favor (a little pun for you) when we made a pivot to become a publisher.

Now, we have developed a unique program that offers hyper-casual developers a way to publish full games - not prototypes - in a scalable way so that they generate revenue from day one.

One publisher, many developers, same interests and goals

The way I see it, there is a massive opportunity here.

The developer community has a lot of great talent that is not only severely short on money but lacks the necessary know-how on how to acquire users and monetize effectively. They know how to create great games but for things like making sure every ad opportunity in the game gets the highest CPM, they need publishers to help generate a steady stream of income right from the start.

The difference here is in the developer mindset: focusing on long-term success instead of short-term liquidity.

We take advantage of our expertise in user acquisition and monetization, and then crank it up to 11. Over the years, our studio has become proficient in paying extremely low cost per install worldwide (not just in the U.S. as is the case with most publishers). Thanks to that, we can focus on monetizing users from any corner of the Earth.

Our secret sauce: focusing on running many UA campaigns on numerous marketing channels by taking rewarded videos (and the new rewarded interstitial type of ads) to the next level, without cannibalizing other ad formats like interstitials and banners. We also ignore gut feelings and base 100% of our decisions on data.

Just to make matters clear: we’re not talking about millions of dollars here but continuous 4-digit and 5-digit numbers that allow developers to have resources to freely do what they do best.

For instance, we have games that generated more than $50,000 in their first three months and will continue to keep generating profit in the coming month. Our very own game GoToy! was the first game where we managed to crack this concept of optimizing full games for profit. We achieved similar results for Go Candy! and Disc Wars, which generated $32,000 and $27,000, respectively. We also have some small(er) games that generate close to $15,000, while some earn $8,000 a month. There is no limit, no cap to these monthly earnings. 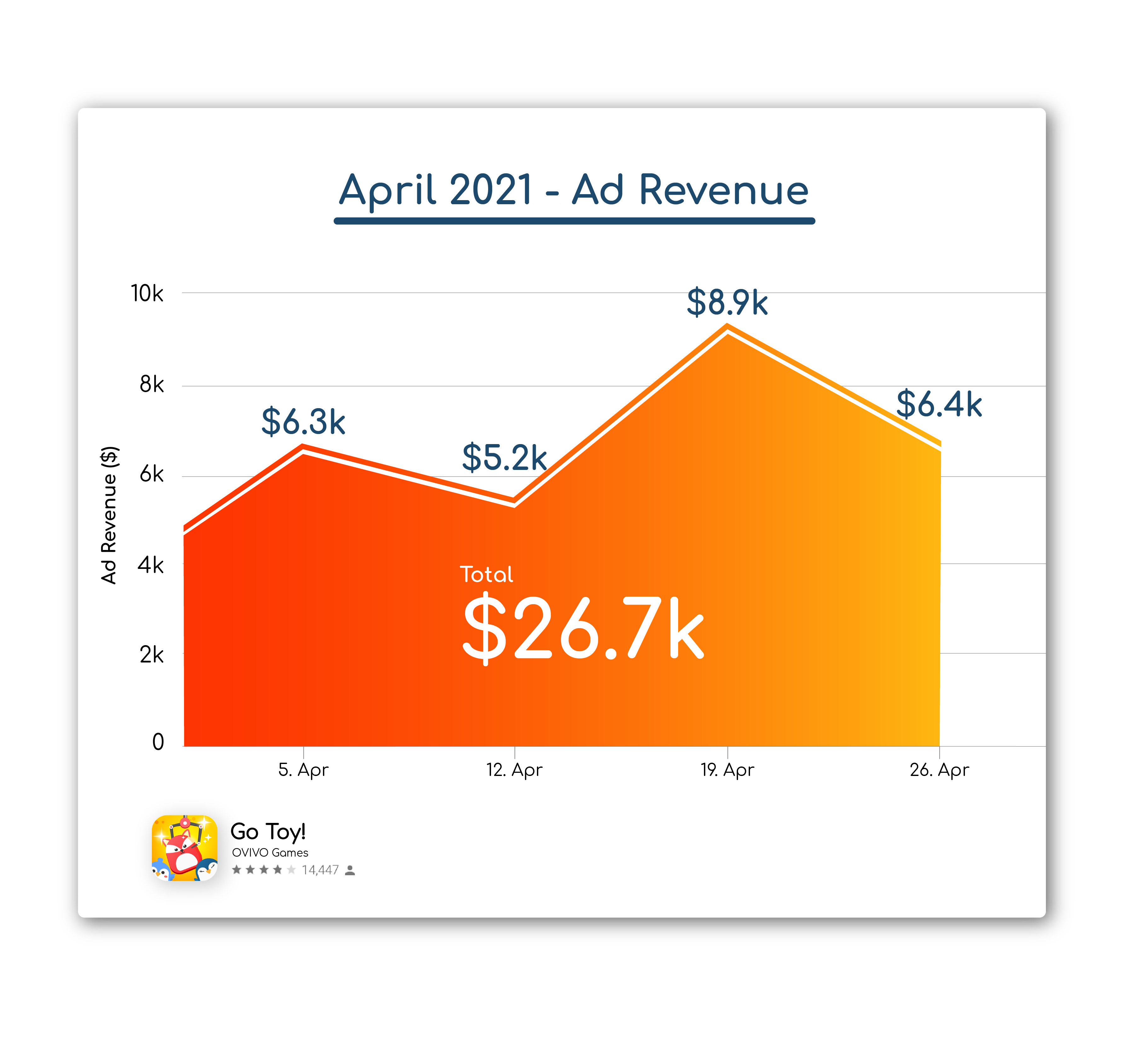 Being a data-driven company, we understand the importance of user data derived from market tests to decision-making processes. Whether it’s to modify the level funnel, change ad placement, or rehaul the entire concept based on actions that users take in a game, data helps understand users and optimize games accordingly.

However, the process can only be done with full games, not prototypes because there are certain key metrics and features that are a must-have in games in order to generate revenue. These are typically games that can be played for hours and prototypes don’t fit into that category.

Now, I’m sure your question is:

“Doesn't that mean that I have to put more effort into creating and finishing my game?”

It does - and it makes sense considering what’s at stake.

There is no conflict here.

In our line of work, prototypes are merelytools, not products in their traditional form. The “classic” way of pay-per-prototype is a perfectly legitimate method of sustaining developers until the next prototype. As such, you don’t need to replace it but do note that anything beyond that is a blank space.

Space worth exploring, if you ask me, because the risk is virtually non-existent. 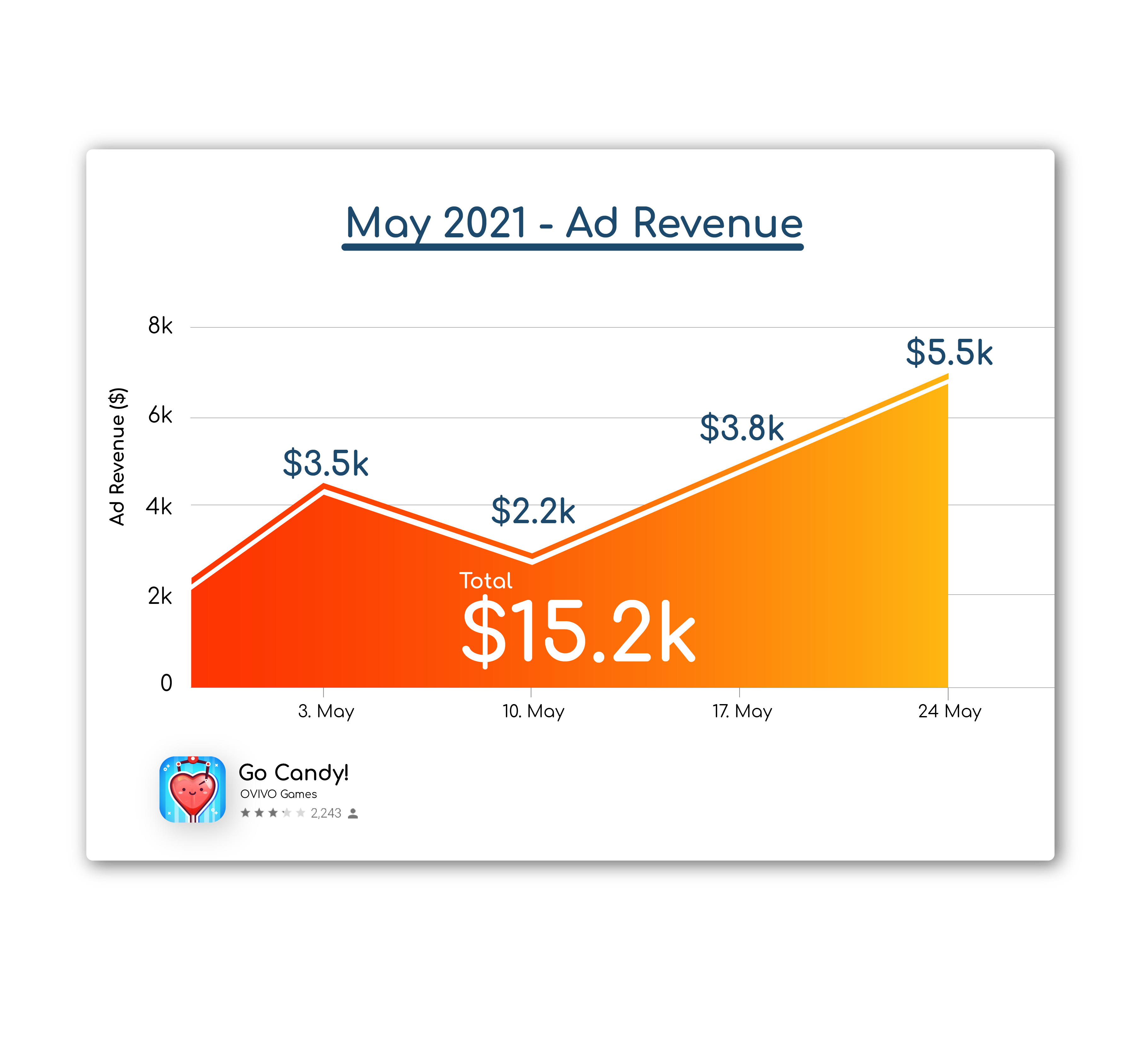 Building with scalability and profit in mind from day 1

As someone who has been through this, I cannot recommend enough to every single developer to build prototypes with scalability in mind. That way, it will be very easy to convert them into full games and reap the benefits I mentioned above.

We at OVIVO Games are currently seeking full hyper-casual games to join our unique "the game-changer" program. We want to make sure that all of the games in the program will be profitable, and that demands all of our attention to be channeled into these games.

So, only the top 10 games will be picked - submit your game quickly and we’ll get back to you with feedback.

It’s a first-come, first-served basis so what are you waiting for? Submit your game now - we’ll be more than happy to work with you.

About the writer: Roee is an entrepreneur, founder & CEO of Ovivo Games, a mobile game publishing house that specializes in the hyper-casual gaming field.