Game Changer Program is back!

Roee Raz, 07/01/2022
Due to popular demand, our tailored program for publishing full hyper-casual games and generating profits from day one is back for round #2 - and we’re taking things to a whole new level.

A few months ago, when we at Ovivo Games started devising a new program to generate publishing and revenue opportunities for hyper-casual game developers, I knew we had something amazing on our hands.

Heck, that’s why we gave it such a puntastic name - The Game Changer. We were absolutely positive we could help devs build profitable businesses by establishing a steady stream of income right from the start out of their full games (important!).

I just didn’t expect how big of a hit the program would be.

But before I go into the specifics, let’s first clear up something:

Why there is a need for The Game Changer

Across the globe, hyper-casual devs and studios are fighting for their place under the sun in an ultra-competitive landscape.

The sad truth is that approximately only 1% of developed games get published in the end.

Big publishers simply aren’t that much interested in games that don’t have a seven-figure potential. They have strict KPIs that are centered on games with a high potential to scale, which means around 0.3 CPI and 45% retention on Day 1.

Rare are the instances where they’ll take the plunge and publish a game they aren’t 100% sure it’ll be a smash hit and generate millions of dollars.

So, only a handful of gaming studios actually make it to the top.

Don’t get me wrong - it’s a perfectly fine and legitimate strategy that works for the creme de la creme of the mobile gaming publishers and select few developers.

The rest of the developers? Well, many end up with nothing to show for. The lucky ones rely on the flat-rate price they get per prototype, plus a little extra (providing the game shows potential), along with revenue share.

Is it a reasonable offer?

Yes, in the sense that selling your prototype or creating prototypes on-demand for anywhere between $3,000 to $5,000 per prototype can be a solid injection to your cash flow.

No, because that’s where the money stops flowing in for that particular game. It’s a very difficult path toward growth because you’re essentially limiting your revenue potential per game.

Too many developers have a game on their hands that is, by all accounts, good. Its only “problem” is that it has a lower potential of becoming a chart-topper.

As a result, a game that can be worth five or six figures in a few months (in other words, provide a comfortable cash flow) for the developer who spent months working on it, ends up shelved and unpublished - just because it’s not good enough for the top 50 chart.

That is why we have created our program for full mobile hyper-casual games. Our aim is to make them profitable from day 1, receiving all the attention they rightfully deserve.

It’s all about creating an additional revenue stream and empowering gaming studios. As game developers ourselves, we know all too well the struggles you are facing. We’ve been there, done that.

First of all - this is not an ordinary program. The first time around, we received close to 100 applications from developers with full games and 15% of those games were accepted.

The first step is determining the game’s viability not only in terms of the potential and ability to be profitable but also in respect to current trends that influence users.

This includes working with tailor-maid tools that allows us constant monitoring of the market for ongoing and emerging trends, tracking the top game charts in terms of mechanics and themes, as well as correlating the influence of Netflix, Instagram, Tik Tok, and alike on the hyper-casual industry.

Once the submitted game is reviewed and approved for the program, which usually takes three to four weeks, we roll up our sleeves and do our thing.

Along with the standard practices of sending a product requirements document (PRD) and implementing the SDK toolkit, special focus is given to monetization.

We know how to launch games and make them profitable without necessarily working within the standards set by the mobile gaming industry.

What does that mean?

Typically, boosting a game’s performance is done with sophisticated tech that revolves around marketability test metrics such as CPI, CTR, and retention.

That’s how the industry works, and it works just fine for some. We go a step further.

We acquire users from different sources, meaning we seek a product-market fit by picking users from all over the world..

Unlike most publishers who focus only on the US and one channel (mostly Facebook), we cover the global markets and other channels. In doing so, we can focus on monetizing users from any corner of the Earth, maximizing the profitability of the game.

That is arguably the biggest difference between the classic way of publishing mobile games and the OVIVO way. Instead of starting with the marketability test and moving on to retention testing, our approach starts with testing all relevant markets and channels with a single KPI in mind: to determine that the LTV of the game is higher than the CPI.

After 30k users, a decision is made to move forward with the game and increase volume or to drop it off completely and move on to the next one.

So, we make sure 100% of our decisions are based on data. Whether it’s to modify the level funnel, change ad placement, or pivot the game concept based on actions that users take in a game, data helps understand the game’s players and optimize it accordingly.

Not to brag but it’s important to emphasize we put far more effort than other publishers to find the games’ product-market fit.

We work closely with the developer so that every aspect of the game is optimized. This means we bring on a product manager, designer, BI and a lot of other expert people to make the magic happen.

For instance, just last week, we conducted three rounds of surveys to improve the copy of the games we are working on. Approximately 70 people were included in fine-tuning every word so that the revenue potential is maximized.

This is in stark contrast to most publishing studios who spend $50, $100 on Facebook to test the game - and that’s it. Mission accomplished.

We’re not publishers only, we’re a team of developers too, so we know how much a weekly and monthly income from a game can mean. It makes a world of difference for every talented hyper-casual developer (which there is no shortage of) out there who is only trying to do what they love and know best.

Here’s what we did for a couple of games that were approved for the Game Changer program the first time around. 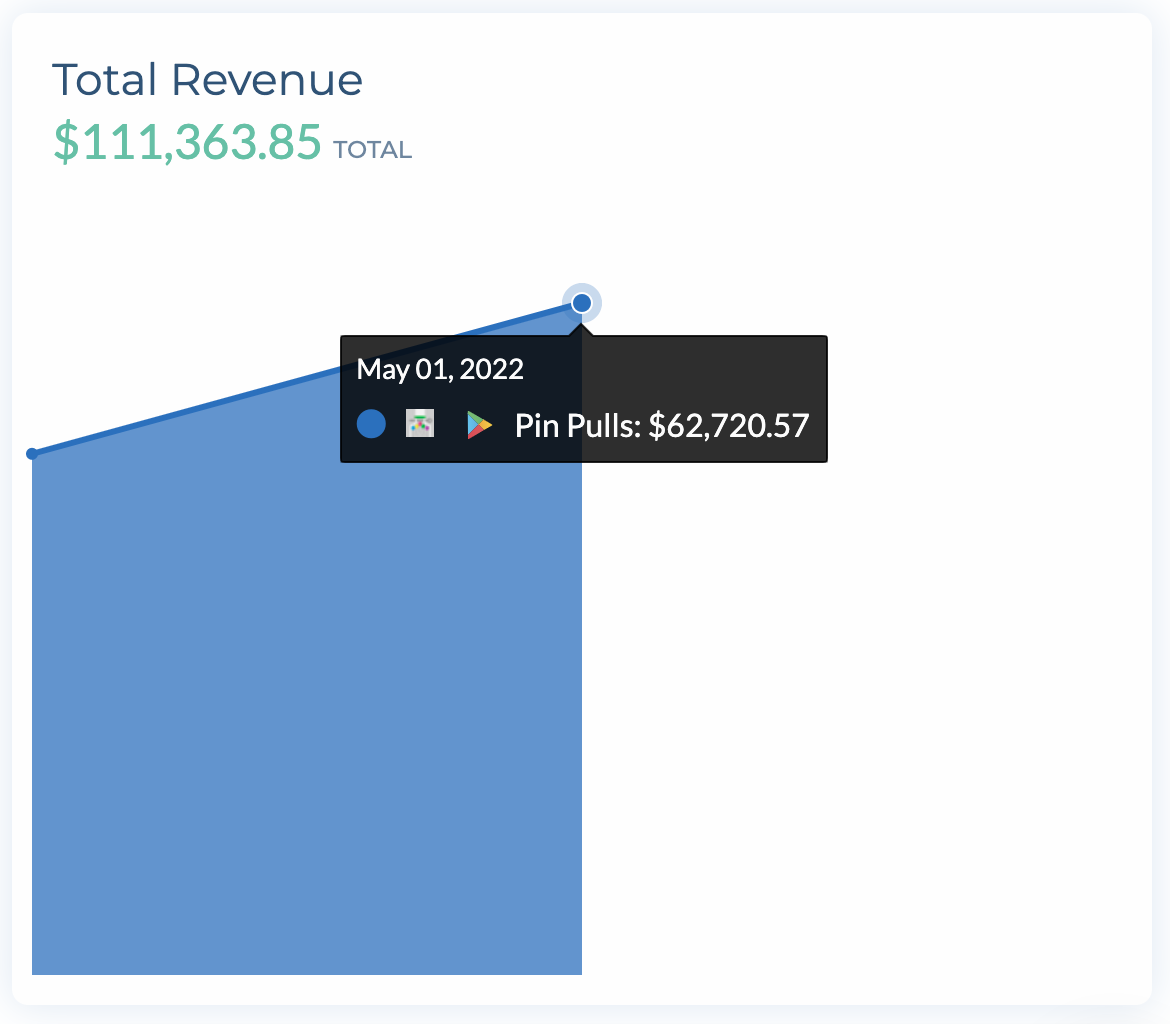 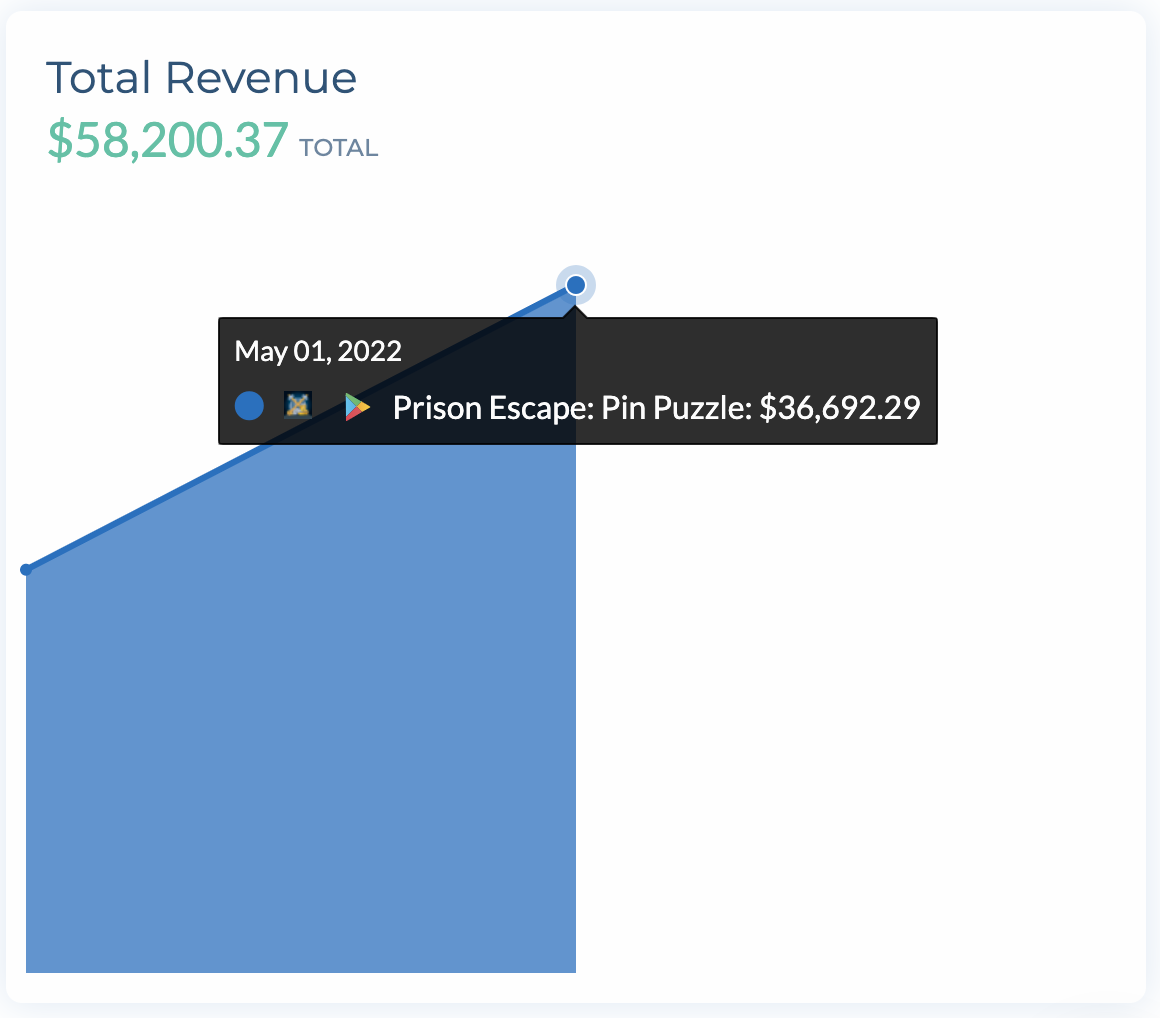 Our program has specific KPIs due to certain key metrics and features a game must have to generate revenue:

Transparency is very important to us as the entire process of publishing a game can be a bit complicated and confusing with all the tests, stages, and whatnot. We make sure you stay in the loop at every step of the way with full access to all the data and insights in regard to the game’s performance and progress.

The program will be open for submissions starting 29 May and will close on 31 August.

Sounds like you and your game can be a good fit we can leverage together?

Then get in on the action and sign up here!

About the writer: Roee is an entrepreneur, founder & CEO of Ovivo Games, a mobile game publishing house that specializes in the hyper-casual gaming field.